Ah, what a question!

Thoughts swirl and my temper flares with this one, so without further ado – let’s get rollin’, my good reader.

When compared with other competing brands, the LEGO Group is still at the top in terms of high and consistent material quality in their toys, inter-compatibility of the building system over time, and overall lasting value for money. But what happened to LEGO? Is LEGO better today or worse than before?

It’s not altogether uncommon to have a lapsed or new builder exclaim, upon seeing one of the fancy new sets: That’s LEGO?! The sets used to be so simple!

Analyses by other talented and passionate LEGO fans have suggested that – in terms of price and expensiveness – LEGO has not gotten significantly better or worse when compared to the past (think 1980s and prior).

So it is not a simple “it was better in the old days” one-and-done type of topic.

Anyway, I will not be discussing the inflationary impacts or other economic theory and observation, or theories about the perception of LEGO being more expensive.

I’m focusing in on the broad thematic content and the building system.

Once upon a time… LEGO System sets were indeed very simple, much simpler and better at modularity than today. Kits were nonspecific – just buildings and eventually a Town Plan.

Nowadays LEGO commands an enormous array of “bricks”, devotes huge amounts of their product lineup to 3rd party IPs (licensed themes), and original LEGO themes seem to rely on the accompaniment of an app or animated series. Do these things represent a positive evolution or a stagnating non-development?

When LEGO models first became kits in the early 1950s, they did not include any figures… only buildings, some landscape, and vehicles. 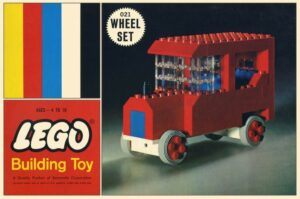 When the 1960s came around, LEGO reinvented the wheel!

Well, kinda: LEGO not only introduced Duplo during this decade, but also introduced wheels and slopes, which facilitated a revamp of vehicle building. 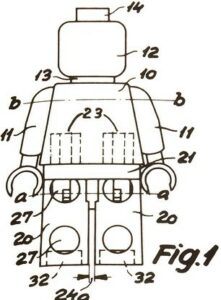 In the 1970s, the LEGO Technic system launched, and LEGO figures started to appear. Now a brand new in-system world opened up: you could play with LEGO people within your LEGO models! In the late 1970s, another transformation occurred: the introduction of the iconic articulated mini-figure. LEGO was coming alive, and wow – it started reflecting us big figures!

The curious reader may ask, “What happened next, master Maniac?”

“Did LEGO reinvent fire next?”

“Not quite.” I portend, taking a sip of my brick-y beverage.

Competition emerged, and in the 1980s, Tyco – a then-prominent toy company – leveled a challenge to LEGO. In 1984, the company released an interlocking building brick called Super Blocks. In fact, the Blocks were actually advertised as working with LEGO bricks… which as you may imagine, was followed by a lawsuit from LEGO.

Nonetheless, the competition spurred LEGO to respond with its product offerings and appeal to boys.

But aside from a thematic shift toward more “cool” stuff, LEGO’s disruptive action diminished.

Gimmicks ended up coming and going – features such as Light & Sound and chrome elements (ahhh those shiny pieces!) – but less ground has been covered since the early 1990s… with the huge exception of 2001’s BIONICLE explosion. Has LEGO innovation slowed?

Alas, it seems so.

How LEGO Has Made Thematic Changes. This is Where it Gets Heated.

What happened to the LEGO that took risks? Of course, in order to fortify their business and avoid bankruptcy in the late 1990s – early 2000s, the LEGO Group had to put a pretty hefty cap on their product experimentation and unchecked “innovation” characteristic of those years.

Today LEGO is more secure than it was in the early 2000s, and yet all we get today – thematically – is overstimulation and slapstick and comedy and fluffy fuzzies. The LEGO Movie, Ninjago Movie, Batman Movie – they are all the same. It’s all just a continuous joke.

Ninjago, Chima, Nexo Knights, Hidden Side, Monkie Kid, are all reminders of this obnoxious issue. It is as if LEGO has lost the ability or interest to produce original, reverent storytelling.

During a much more unstable time for LEGO, the above was produced. The first ever foray into feature film, complete with mystic imagery, quasi religious tone, tints of mythology, and robotic characters barely resembling the toys. The year was 2003.

The original BIONICLE film was more than a glorified toy commercial, and though dated by today’s standards, it further fleshed out the BIONICLE world of that time… even literally!

Figure to Film: Fleshing Out the Biomechanical.

Now, of course humor and comedy has its place in a happy-go-lucky company like LEGO, but there comes a point when it gets to be: Enough. Where’s the beef?

We need the classic LEGO motif back. And a theme like BIONICLE started out as a beefy behemoth of potential… we need the real LEGO BIONICLE back… 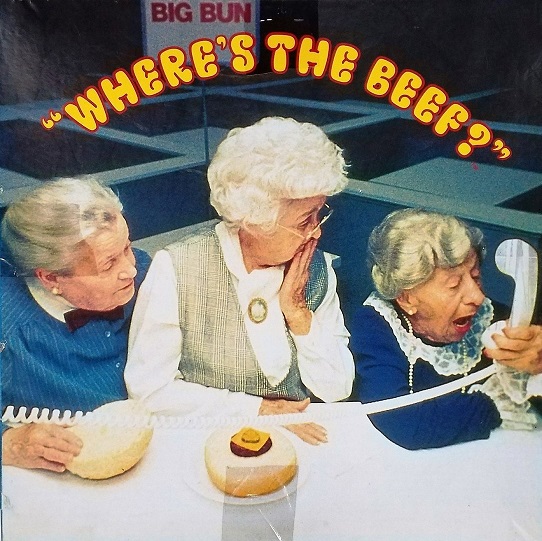 How LEGO is Destroying Original Imagination.

Caveat: including 3rd party IPs in the LEGO landscape is cool (for the moment, I’m on board with seeing where LEGO’s Nintendo license goes), but it is NOT cool as the dominant “look” for LEGO… which I fear is happening today.

And now, in addition to all of that: one-off LEGO sets dedicated to TV shows and retro sitcoms.

Relying on pop culture icons to increase appeal strikes me as soulless, and not the LEGO way. The free-flowing imagination encouraged by original “neutral” LEGO properties is replaced by the preexisting scenarios bound to the thematic structure of the 3rd Party IP. 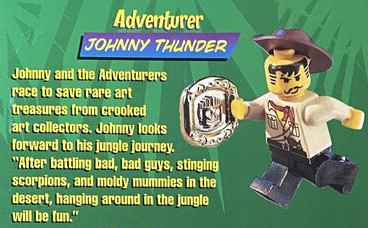 Original LEGO themes have so much potential on their own.

LEGO Star Wars had its novelty and impact after being translated into brick form. The theme has since become a staple, and rightfully so, but the novelty is gone. What happened to the magic? Where is the originality?

Where We are Today.

Ninjago! Ninjago is where the magic and originality exists today!

Ninjago was originally created around the cool premise of an over-the-top ninja world (like Nexo Knights was a cool riff off of medieval Castle). But the single theme of “Ninjago” has absorbed one-too-many motifs that could be developed into new themes. It seems too easy and too safe for LEGO to continue over-leveraging Ninjago.

Where are the new legendary LEGO characters? Where are the “Captain Redbeards”, the “Johnny Thunders”, the “Pepper Ronis”, the “Ogel”, the Toa…? I digress. 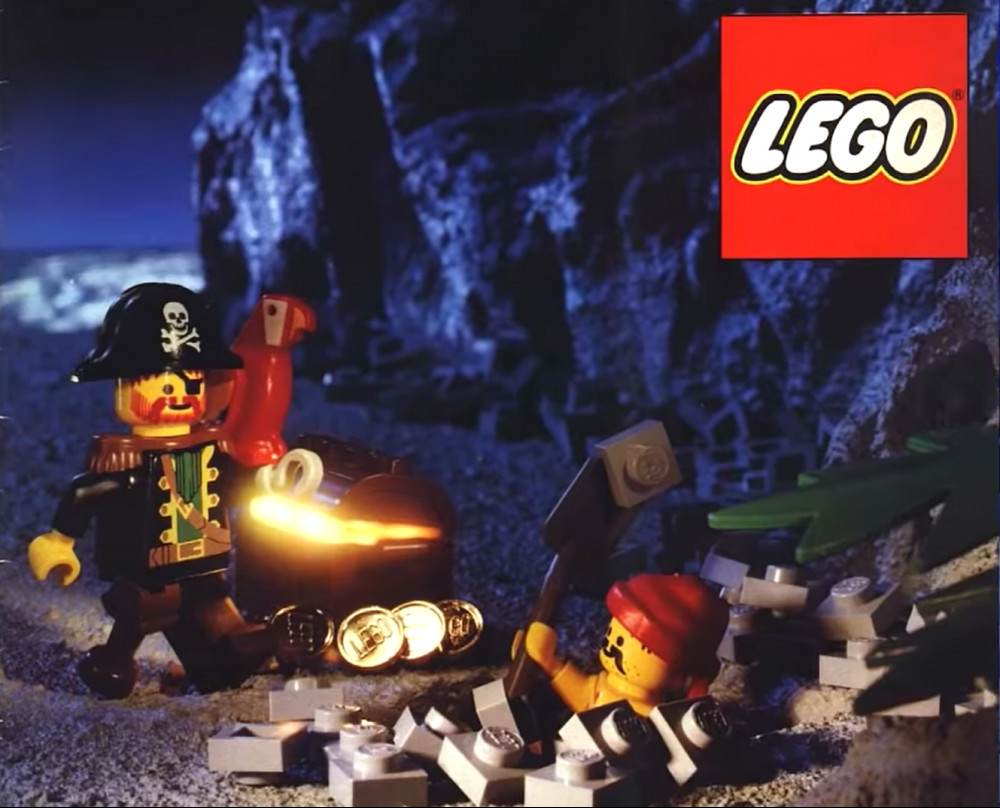 There are occasional sparks that give a glimpse of the glory days of yore, but for the most part such thematic nods are relegated to cameos and easter eggs in today’s sets. It’s so… safe, and sterilized.

With this complacency in playing it safe, the LEGO Group is not leveraging the in-house potential to create worlds to play in. LEGO needs to regain its magic. We need a LEGO renaissance. One in which the LEGO Group leans into their own strength, and also leverages the non-digital, no-screen-required experience.

Having said all that – for those of you on the fence about what LEGO to buy nowadays – in a future post, I will discuss a LEGO shopping strategy which also takes the scruples outlined here into consideration.

LEGO Building Has Changed. For the Better?

LEGO Building is certainly different today than it was 20 – even 10 – years ago. But what is not so certain is whether it has made LEGO better or worse today.

LEGO’s building system has fluctuated between heavy reliance on specialized pieces, and general-purpose pieces. It has been a balancing act of introducing pieces to offer more flexibility in adding detail, and limiting the pieces in order to encourage imaginative usage.

(A quick side note: at some point in the past, I recall learning that LEGO had a phase when all products (rather than only Castle) incorporated increasing amounts of small-to-large specialized pieces, regardless of the theme. If one of you Cool Readers knows more about when this period occurred, leave a comment letting me know!)

… Anyway, does the increased usage of tiny specialized pieces in official sets result in less potential for general-purpose building? And if so, does this strategy thus aim to encourage buyers to “have to” collect the specialty pieces in order to then (and only then!) be able to truly build something of their own?

Is this a conspiracy (or business strategy) to increase collectability and profits? …Or is it merely a coincidental byproduct of increased detail/realism in official sets? Again, I digress.

The Star Wars lineup has likely been such a powerful license not only because of its universal recognizability and money-making function, but also because it has provided a strong base for generic building.

Even though today’s LEGO Star Wars makes extensive use of specialized pieces, builders can nonetheless branch off readily into creating spaceships and robots and battles of their own – all of which are undeniably popular things to build.

Today, LEGO sets are brimming with aesthetic detail and “realism”, at the cost of less modularity and simplicity. I can see how some fans lament the move away from charming simplicity. Actually, it’s almost like 8-bit/16-bit videogame graphics: there is a distinct and iconic (blocky!) style which detail-driven “realism” finds harder to capture. 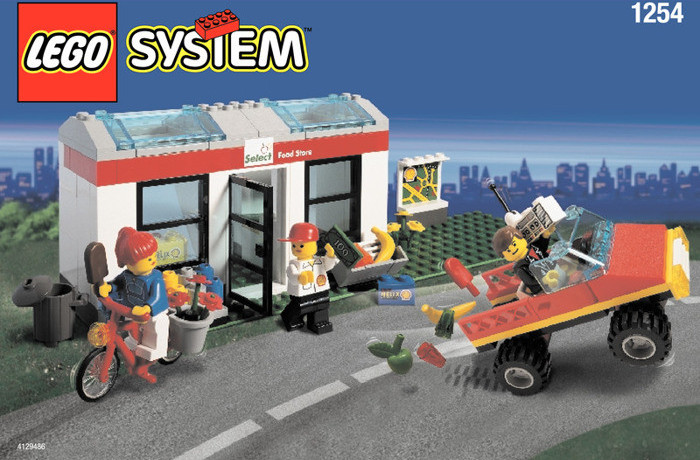 That Blocky Style – Just a Thing of the Past?

On the other hand, official sets today often incorporate or introduce advanced building techniques, such as SNOT (studs not on top), sideways building, or the use of pieces in non-traditional ways. This factor, as well as the increased variety of LEGO elements available today has made building very dynamic and engaging!

What Happened to LEGO? Concluding Thoughts.

So what do we have? What happened to LEGO? To try to answer such questions easily becomes very subjective and relativistic. For instance, from the perspective of someone growing up with LEGO after the early 2000s, the “better days” of more charming LEGO may be circa 2005. There is always some sort of earlier time to arbitrarily claim as the best.

So I am not going to assert this or that time as definitively better. 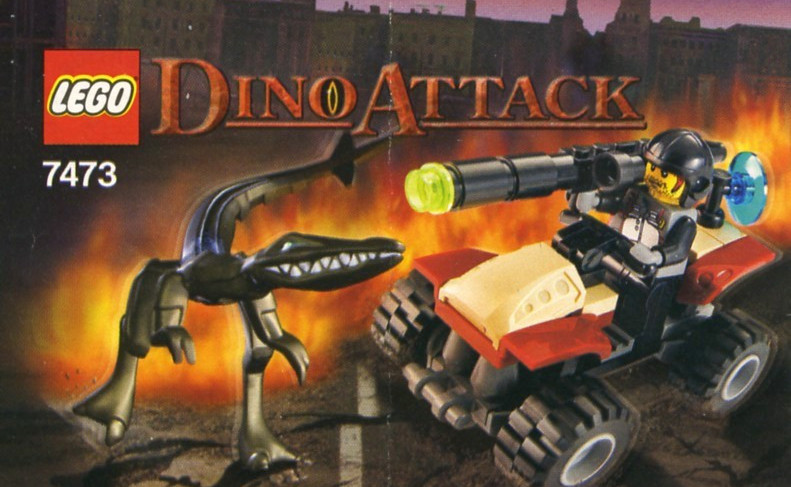 Circa 2005. Anyone Remember This Edgy Weirdness?

There are indeed successes and major misses in our beloved LEGO Land today. The LEGO Group’s success in achieving stability after near bankruptcy, their current product variety, as well as the official incorporation of awesome new building styles, keeps me hooked.

But, the lapse into thematic apathy and blandness makes me heartsick for an earlier era, even for those times before “my time”.

LEGO has achieved and has sustained great popularity and respect… with the internet as well as through engagement with a variety of media, without exorbitant increases in price points… So in that regard, LEGO is indeed better today.

But outside the hype, there is an emptiness. On the surface, LEGO today is indeed much like what it was in the past. 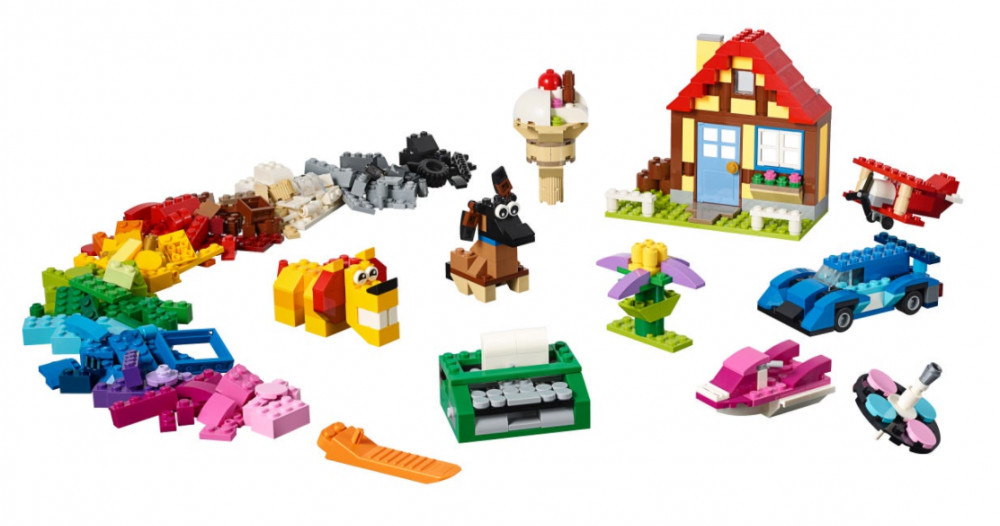 And today, unlike in the past, LEGO is a more capable master of wearing many more hats.

But, at the same time, LEGO today is NOT as good nor as golden-rich as it once was. The importance of strong, in-house, thematic contents cannot be overstated. The golden glitter is fading…

LEGO has traditionally emphasized that “only the best is good enough for our kids”. But is that still true? What does the LEGO Group value today? Head to this post for some thoughts.

How do you want to see LEGO inspire the imaginations of youth?

Born to build ! Gotta build like crazy ! Passionate about sharing what I enjoy about LEGO and using that to highlight the magic in LEGO System and LEGO BIONICLE. Sharing tips, opinion, commentary, and the little things relevant but perhaps overlooked about our favorite building bricks.